Back to all posts

Some of that old time music 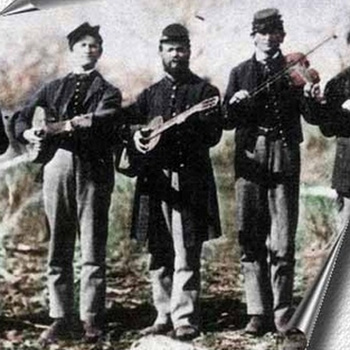 I have been composing some tunes recently that sound to me like music from the Civil War era. Why is this? I don't really know. And to be honest, I don't know much aboiut the music of that time. It is true that many of the traditional tunes I've adapted to the harmonica were played then, and many go back to the dance traditions of Europe, the jigs and reels and waltzes and even the slow contemplative airs and laments. What I hear in this older music, even in the music from times of  extreme strife, is a kind of hopefulness and positive spirits that at times seems almost naive today. Even the open hearted, sadder tunes are in a way affirmative of the longing for love and freedom, for a life that is not defined by marketing strategies and the reductive process by which money devalues essential elements of the world. Even during the most violent chapters of the Civil War, when Americans slaughtered each other by the thousands, would the political leaders of the time have condoned water boarding and torture or casually accepted the deaths of women and children and civilians in general? If not, what has changed? Are there clues in the older music that could help us answer that question?